The 2019 Temporal Bone Dissection and Live Surgery Course is scheduled for the 18th , 19th and 20th October.

The 2018 St Vincent’s Temporal Bone Dissection and Live Surgery Course was held on the 14th, 15th and 16th of September. A cochlear implant and the removal of a intra-labyrinthine vestibular schwannoma was featured during the live surgery session. 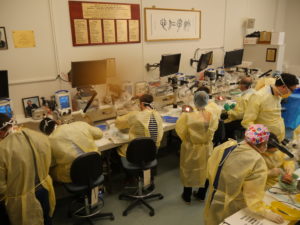 At the opening of the 2017 Temporal Bone Dissection Course the Temporal Bone Laboratory was renamed in honour of Professor Paul Fagan, a pioneer in the field of Otology and Skull Base Surgery here at St Vincent’s Hospital, Sydney Australia. 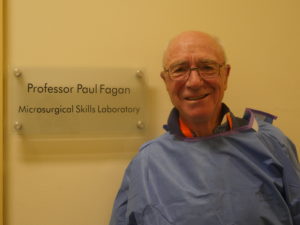 The temporal bone course is a three-day dissection course, including live surgery and instructional tutorials.

The course runs over three days in September and October each year.

The course is convened by the Otology and Skull Base Surgery department of St Vincent’s Hospital, Sydney, Australia, comprising of Prof Paul Fagan, A/Prof Nigel Biggs, Dr Phillip Chang and Dr Sean Flanagan. There are 15 hours of fully supervised temporal bone dissection in the Clinical Skills Laboratory which has 17 fully equipped work stations, microscopes, new instruments and state of the art micro drilling systems, along with a permanent in-house audio visual facility. 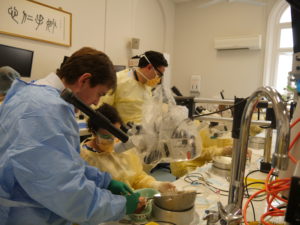 Live Surgery is televised via video link up to the Function Room in St Vincent’s Clinic. Two sessions of lectures are also included and span Otology, Neuro-Otology and Skull Base topics and are followed by round table discussions, where the delegates are encouraged to participate with their own case studies. 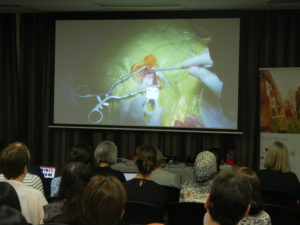 Held in September, October or November each year